By addemanetmin Sin categoría No Comments

Henryk Demanet, a passionate young man of the canine world who lived for his hobby despite having a job, decided one day to start a project, at the beginning It wasn’t for making money It was only for himself. One morning from his garage Henryk began to make a suit against bites, because at that time the dog training suits did not meet Henryk’s expectations in all aspects. Henryk saw the need to create clothing against bites that felt natural and easy to move, with great protection and great design, so that same year from his garage he drew his first sketch that once ready made it happen, he created the first Demanet suit and so in turn was born Demanet Costumes.

Time later due to the approval of various canine clubs and great leaders in the world of canine training, Henryk began to devote all his time in the production of more Demanet suits but since the demand was gradually increasing, he joined forces with his faithful companion Colette Martinez ep. Demanet and officially founded Demanet Costumes.

After 15 years in France and in search of new opportunities Henryk and Colette decide to move their ideas and their company to the Spanish market. Once consolidated in the new market and with a lot of experience in the international sector behind them they decide that it is time to do a face lift to Demanet Costumes. Which led to the foundation of Demanet International S.L.

Because of the imminent retirement of Henryk and Colette the countdown for Demanet International Evolution begins.

Hervé Mavuanga has always used the DEMANET brand. Beyond a history of sponsorship, it is an exchange of values and vision of the “canine” that has always brought Hervé to DEMANET.

And it is at this precise moment in which two people appear on the scene who will change everything. People with values that share the same passion, with great ideas and a future for Demanet. Julie Laurence Nicole Garnier ep. Mavuanga and Hervé Mavuanga who saw the opportunity, seized it and currently continue with the legacy of Demanet. 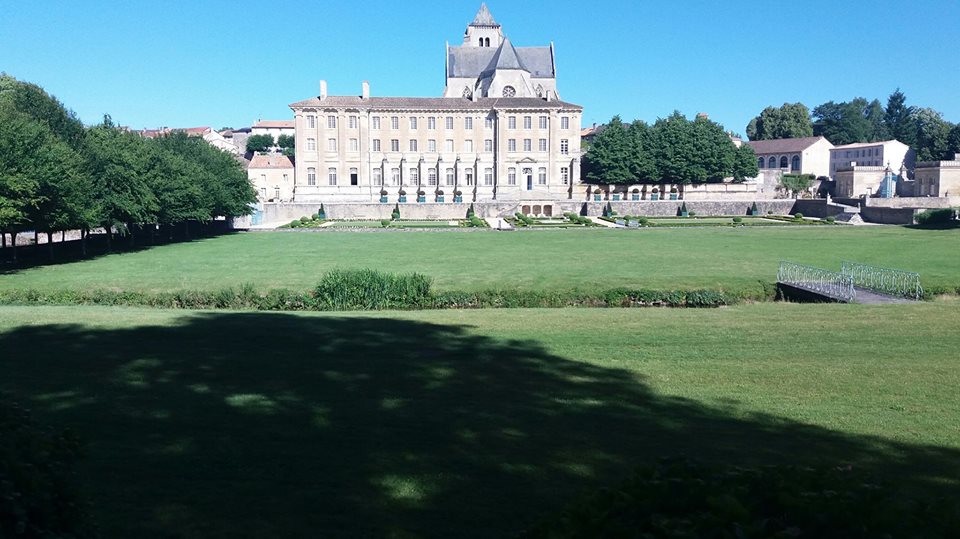 By addemanetmin Sin categoría No Comments

This dog show will take place, with the agreement of the Canine Territorial Association of Deux-Sèvres and under the direction of the Commission of National Use of the Central Canine Society, in the gardens of the Royal Abbey of CELLES-sur-BELLE

By addemanetmin Competition No Comments 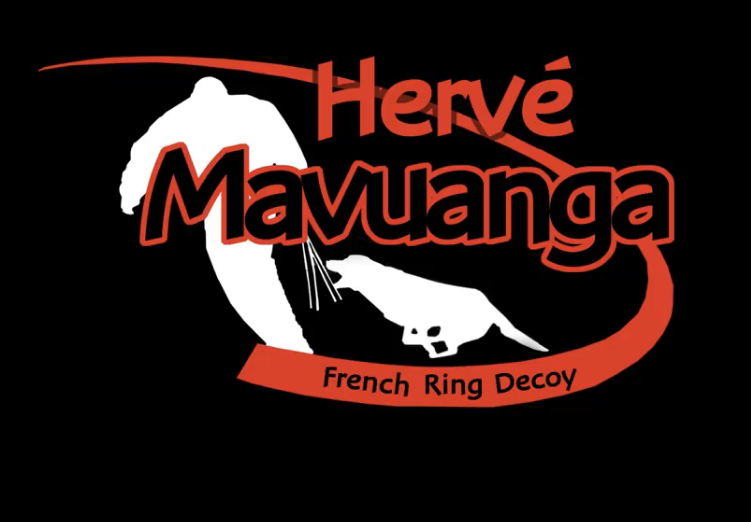 Hervé Mavuanga needs no introduction to fans of different variations of Ringsport as he has been at the forefront of the modern development of the sport and at the very highest levels. He continues to elevate the practice of it all into an art form – be it decoying, competing, or training of the dog.

Here is an interview with Herve.

Q1> Bonjour Herve! Thank you for giving us this opportunity to ask you our list of 20 questions. We hope that it will give your fans a different dimension of knowledge about you and especially learn from the wisdom and perspective that you bring. Please tell us about your childhood. Where were you born? When did you make your way to France? Please tell us about your first dog.

Thank You. I’m honored to be here and see a long friendship blossoming. I was born in Zaire (now Congo) and moved to Paris when I was 4 years old – all because my dad was a diplomat. I have always been interested in Dogs. My first dog was a female German Shepherd but without any papers! In fact, I got her off the street and named her “Thesa”. Hahahahaa

Q2) When were you first exposed to Mondioring or French Ring?

Ah! I was lucky because there was a dog club called ‘Club de Montfermeil’ which was right across the street from my school. I decided to peek my head in to see what was happening there and asked a bunch of questions. They suggested that I start going to some Dog obedience classes on Saturdays and Sundays. As I started to see what it was all about, I felt drawn to it all. But, unfortunately, my dog “Thesa” was not able to compete in the sport. Nevertheless, my interest and love was piqued and the feeling has not left me!

Q3) When was your first time with the suit?

Again, it all started for me at ‘Club de Montfermeil’. There were 5 people there that were trying to be decoys. The older, knowledeable guys felt that I was the most courageous and had a natural athletic ability and very fast. I got a chance and Alex Saia and Momo started to train me. It was very hard for me at the beginning as they really pushed me. I trained adult dogs wearing only puppy pants. Of course, I would go home with bruises
and my mother was worried, angry and confused! So I started to train the dogs to bite me on the hand instead of a leg sleeve. I remember, one day, I took off the leg sleeve and was scooping the dog to bite me on the hand. I was successful many times but eventually a dog broke through the barrier and bit me on the leg! I was taken the hospital, got treated and headed right back to training again! Hahahahahaa

Q4) When was your first compeition and how old were you?

I passed the decoy selection at ‘Club Aulnay Sous Bois’ and won the selection to be the decoy. I was 18 years old.

Q5) Here you are as a young decoy of 18. Who was your idol when you were 18? Whose technique did you like? Who were your inspiring figures?

I was very inspired by Patrice Foucault, Michel Pechereau, Frederic Beyer, Franck Blanchard and Jean Yves Vaiasso. I hope I have not left anyone out! Hahaahaaa

Q6) Talking about technique – Why do you feel your technique is different? What has made the difference?

Thanks to martial arts. I started doing Muy Thai about 7 yrs before dog training. I was also very involved in Boxing and Kung Fu. I think that there is a direct translation of the flow of martial arts into the art of decoying. They are both a very fluid art form, of course…when executed correctly.

Q7) Can you please give us an example of some techniques you use in decoying that have been inspired by your involvement in martial arts?

Oh! The Esqueve, sudden movements by the decoy that upset the moving rhythm or balance of the dog, pushing of the Dog towards one side – my version and implementation of these movements are all inspired from martial arts. For instance, using the running trajectory of dog to push the dog in the same direction while moving out of the way is a classic implementation of a jiu jitsu technique.

Q8) How about many of the decoys today? What do u think will make the biggest improvement?

Many decoys today think that good decoying is fighting with the dog. This behavior comes from the ego. It is great decoying to go with the flow of a Dog, to use the movement of the Dog to get what you want.

Q10) Since you began, the technology to make a bite suit has changed a lot. When did you first wear a Demanet suit?

Yes, the suit has changed a lot. I first wore a Demanet suit in 1998 and I loved it as a first feel. It felt easy and natural to move in. It has great protection and great design. It just felt right and natural. When you know, you know!

Q11) You bought Demanet from Henryk Colette Demanet in 2015. What new ideas for manufacture did you bring?

Q12) How do you see Demanet growing in the future?

Q13) To how many countries do u send Demanet suits to?

We’re everywhere. We supply suits to the Police, defense and also private citizens that do sport. In all places where there is an active protection dog involvement, we are there.

Q14) Somebody asked you and showed interest in making a movie of your life. Please tell us about your movie plans?

Hahahaha….Yes. Hahahaha. A producer from France wants to make a movie of my life. I was also given a script (a curious one!) but I don’t have much time to get involved.

Q15) What event stands out for you as a handler in a competition instead of a decoy?

It was the French Ring Selectif in 2005! My dog ‘Shaft des Contes Hoffman’ was selected for the FR Selectif and we were in 18th place. However, I was also selected as the decoy! This has never happened in history.

Hahahaa. ‘Shaft’ was a fantastic dog. Very strong with very big impact. I decided to decoy in the competition.

Q17) After all these years of decoying and training, can you give us the name of a dog that has somehow intimidated you? Have you been scared of a dog?

Q18) After having seen and worked with so many dogs, do you have an idea to start your own kennel?

Not myself. No time! I do some breedings with my friends – just helping them under the kennel names: roche de l’ empreur, chemin de lusitanes and des cros monsois.

Q19) What changes do you see in the dogs now compared to the past? Please tell us in a very general sense.

Ah! In the past many malinois were generally very strong probably because the decoys were harder. It was absolutely necessary for a dog to be truly strong to succeed in the sport. Unfortunately, breeding has now became a business. I think politics has also schemed in all of this by pushing out the true decoys that can truly test a dog. All of these have conspired together.

Without hesitations it’s the selection of my dog Electra for the French Ring Cup in Narbonne. It was fantastic.